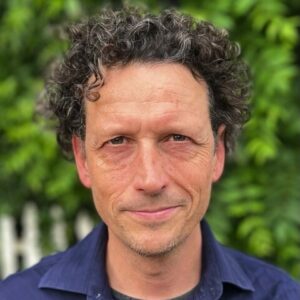 Benjamin Parzybok is the author of the novels Couch (two-time Indie-Next pick) and Sherwood Nation (chosen for the Silicon Valley Reads program). Among other projects, he founded Gumball Poetry, a literary journal published in gumball capsule machines, co-ran Project Hamad, an effort to free a Guantanamo inmate (Adel Hamad is now free), and co-runs Black Magic Insurance Agency, a one-night city-wide alternative reality game. He lives in Portland, Oregon and can be found at levinofearth.com and @sparkwatson. 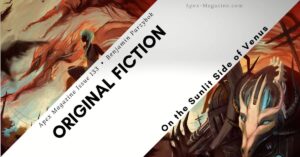 She laid in bed and stared at the bottom of the bunk above her, riddled as it was with sticker and tape residue, which was stubborn as piss. The human race could contrive to send her to Venus, but it had not been clever enough to figure out how to remove sticker residue.

Episode 93: On the Sunlit Side of Venus

On the Sunlit Side of Venus by Benjamin Parzybok, narrated by Doug Nesbit