Alec Austin is a game designer with a tendency to ask questions like, “What would Total War look like in Faerie?” He holds a Masters in Comparative Media Studies from MIT, worked as a nuclear reactor operator as an undergraduate, and is an alumnus of the Clarion West and Viable Paradise workshops. In addition to Apex, Alec’s fiction has appeared (or will soon appear) in AE, Andromeda Spaceways, Daily Science Fiction, and Strange Horizons. He’s @AlecChaneAustin on Twitter. 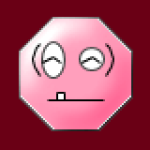 They cut out Kade’s heart before they sent him to the Front, and in his dreams, he still could feel the scalpel’s blade against his skin. It was far from the worst of his nightmares, but that didn’t stop him from waking in a cold sweat and clutching at his chest.