An Introductory Guide to the Nebula Awards

by Michael A. Burstein 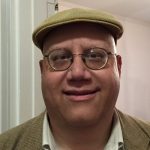 Michael A. Burstein, winner of the 1997 Campbell Award for Best New Writer, has earned ten Hugo nominations and four Nebula nominations for his short fiction, collected in I Remember the Future. Burstein lives with his wife Nomi and their twin daughters in the town of Brookline, Massachusetts, where he is an elected Town Meeting Member and Library Trustee. When not writing, he edits middle and high school Science textbooks. He has two degrees in Physics and attended the Clarion Workshop. More information on Burstein and his work can be found on his webpage at www.mabfan.com.

This year, Apex Publications is celebrating the Nebula nominations of two short stories: “The Green Book” by Amal El-Mohtar, which appeared in Apex Magazine issue 18; and “Ghosts of New York” by Jennifer Pelland, which appeared in the anthology Dark Faith. In honor of these two nominations, Apex Magazine asked me to write this introduction to the Nebula Awards, so the magazine’s readers could get a better idea of what the honor means.

The awards have gone through many changes since they were first established in 1965. I was involved with some of those changes when I served as secretary of SFWA for two years. I personally think the history of the awards is fascinating, but I suspect that most people are mainly interested in how the awards work now. So, first, let’s look at what the awards are like today, and then I’ll delve a little bit into the history of the awards.

The Nebula Awards are given in four categories: Novel, Novella, Novelette, and Short Story. By the definitions given in the Nebula Awards Rules, a short story is less than 7,500 words, a novelette is between 7,500 and 17,500 words, a novella is between 17,500 and 40,000 words, and anything over 40,000 words is considered a novel. These definitions match the ones for the Hugo Awards, so anything eligible in a particular Nebula category is presumably eligible in the same Hugo category.

In addition to the Nebula Awards, which are given for prose fiction, there are two other awards voted on the same ballot. The Ray Bradbury Award for Outstanding Dramatic Presentation is given to a film, television episode, or other dramatic work that was released within the appropriate calendar year. The Andre Norton Award for Young Adult Science Fiction and Fantasy is given to a novel without a word limit, and can even be awarded to a graphic novel.

So how does a work get nominated for a Nebula? The period from November 15 to February 15 is designated as an official nomination period. During this time, members of SFWA can nominate up to five works in every category. Members cannot nominate their own work, a vital point that is sometimes missed and can lead to a wasted nomination. At the end of the period, the six works that receive the most nominations in each category are considered the nominees and listed on the final ballot. (It is possible for seven or more works to be nominated in the event of a tie in the final slot.)Finally, the Norton Award also has a jury that is entitled to add up to three works to the final ballot.

The final ballot is not a preferential ballot. Each member can only vote for one work in each category. The work that receives the most votes is the winner. In theory, this means that the winning work might only receive a plurality of votes, and not a majority, but as the Nebula statistics are never released we have no way of knowing how close any of the ballots are.

The winner of the Nebula Award receives a transparent Lucite block with an embedded glitter spiral galaxy inside, along with various gemstones that look like planets. Each trophy is a beautiful work of art.

The Nebula Awards did not always follow the rules above; in fact, this is only the second year that the Nebula Awards have followed these rules. For those of you interested in the history of the award, read on.

It used to be that instead of members nominating works during a nomination period, members got to recommend works over the course of a whole year. Members could recommend as many works as they wanted, and any works that received more than a certain number of recommendations (ten for most of the time I’ve been in SFWA) were placed on a preliminary ballot. Members could vote for up to five works on the preliminary ballot, and the works that received the most votes were placed onto the final ballot as the nominees. Also, each category had a jury that could add one work to the final ballot. I served as a member and as the chair of the Script Jury for a few years, and I was the chair for the final Script Jury that added two works to the 2008 ballot.

In addition, for a few years there was a “rolling eligibility” system. Members were concerned that works published later in the year had less of a chance to get nominated, so a work was eligible for a year from its month of publication. While a good idea, it did have some weird consequences when it came to works published early in the year. In theory, a story published in (let’s say) February 1998 could get its final recommendation in January 1999, and end up as a nominee for the 1999 Nebula Awards, given at the ceremony in April 2000. By the time a collection of the winning stories would be published in 2001, the story would be three years old. And the ballot for the 1999 awards ended up being a mix of stories published in 1998 and 1999.

Hence the creation of the new nomination period. The new system is intended to give all works enough time to get onto the ballot while ensuring that only works published in the actual year of the award are eligible to win.

HISTORY OF THE AWARD

SFWA has also had a controversial history when it has come to honoring dramatic presentations such as movies or television shows. Some members have felt that SFWA should only give awards to prose works; others have felt that if writers can join SFWA based on film and television credits then the awards should reflect those types of works as well. Both sides have been very vocal in their preferences, leading to acrimonious debate.

In its early years, SFWA gave a Nebula for Dramatic Presentation or Dramatic Writing. The organization stopped after only three years, but then presented a special award to Star Wars in 1977. Years later, SFWA established the Ray Bradbury Award for a dramatic presentation to be given by the president of SFWA by fiat. In theory, that award was supplanted by the Nebula for Best Script that was given from 1999 to 2008, but presidents of SFWA chose to award the Bradbury to recipients in 2001 and 2008. As of the rules change in 2009, the Bradbury recipient is no longer chosen by the president but is voted upon by the members, as discussed before.

So, in the end, what do we have? Assuming all continues as it was established in 2009, every year SFWA will give awards for prose work, young adult fiction, and dramatic presentations. Only the standard prose categories will be called Nebula Awards, thus ensuring that Nebula Award only refers to a short story, novelette, novella, or novel. Meanwhile, the Norton will allow SFWA to identify worthy young adult works, and the Bradbury will allow SFWA to give a professional award to TV and movies.

Meanwhile SFWA will also continue to grant other honors and awards, including the Author Emeritus, the Service to SFWA Award, the Solstice Award, and the Damon Knight Memorial Grand Master Award. But that’s an article for another time.