A Revolution of One 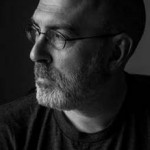 I protected our country while you were sleeping.

You voted every week on who should win American Idol, frantically trying to insure that your favorite candidate would go on to the next round—yet you couldn’t be bothered to go to the polling booth every few years to cast a similar vote for who should represent you in the House and the Senate. You knew the name of your favorite reality show contestant. You knew how old they were and where they’d gone to school and what things they liked—and more importantly, disliked. You followed them on Twitter and liked them on Facebook and were friends with them on every other social networking website, but you didn’t know your current Congressman’s first name and the only reason you knew his last name is because you saw it on a sign in someone’s yard a week before the election. On Election Day, you didn’t have time to vote in the morning because you were late for work, and you didn’t have time in the evening because you had to get home in time to see the Biggest Loser results. You got mad when the local news channel ran a scroll bar at the bottom of the screen with the election results for your district, because, as you said, nobody cares about that.

While you weren’t voting, I voted for change, after a fashion.

Your indifference and stupidity stems from your ignorance—and ignorance is bliss. You stay silent because they want you to be. They feed your contentment and keep you pacified with a steady diet of movies, television, pop music, and video games. In social gatherings, you like to think of yourself as well–informed and politically–aware, but you are not. You seem to think that if you watch the news or join in on the latest cause–of–the week online, that you are making a difference, but again, you are not. Sure, you watch the news, but what is it that you see? Instead of showing you footage from the wars in Iraq or Afghanistan, or the deplorable state of our inner city neighborhoods or the rural areas of Appalachia, the media shows you pop starlets, sex scandals, and celebrity marriages. You’ve never read the Constitution online, but your toolbar is full of links to funny animal videos on You Tube. When asked, you can’t name the Bill of Rights but you can name all of the members of the latest boy band. You allow your children to idolize rappers who glamorize drug–dealing and murder and sexual promiscuity, and then act surprised when little Johnny gets busted for meth or little Janey ends up starring in a high school gymnasium gangbang, the grainy footage of which appears on all of her fellow students’ cell phones. You watch the Grammy Awards, the Oscars, and the Golden Globes. You watch police procedural dramas, hospital dramas, and courtroom dramas. You watch sitcoms, documentaries, and infomercials. You watch all these things, but you skip past C–SPAN.

While you were channel–surfing, I was paying attention.

You say that you are taking an active role. You say that you want your voice to be heard. You attend a tea party or a protest or a rally, and while you are there, you buy a t–shirt and bottled water, both of which have a slogan on them, and then you take a picture of yourself at the event and post it online so that others can see how involved you are. You root for your political party like you root for your favorite football team, but while the NFL has thirty–two teams to choose from, the American political process only has one. You cheer for the Republicans or the Democrats without understanding that they are the same thing. You side with Fox News or with CNN and MSNBC, without ever understanding that all three are equally biased. The media doesn’t report the news because there’s no money in it. Instead, on the rare occasions when they interrupt coverage of that week’s celebrity funeral, they simply parrot whatever their CEOs, shareholders, and friends in the government tell them to report on. Our wars, our economy, our crime rate, our social mores—all of these are reported on as a series of press releases, read to us by empty–headed, good–looking news readers. You loyally listen to Rush Limbaugh and Sean Hannity or Rachel Maddow and Keith Olbermann as if they were Jesus, Mohammed, Buddha, and John Lennon, all come down from the mountaintop to impart some special wisdom on you, when all they are is empty, blathering, opinionated puppets. You debate on message boards and at cocktail parties, regurgitating what you’ve read and heard. You blindly echo their talking points without daring to think for yourself, swallowing whatever propaganda they are required to feed you this week. And when you do it, you smile and pat yourself on the back, secure in your cleverness and intelligence and participation in something you think matters.

While you were feeling good about yourself, I got involved.

While you were being fearful, I was being brave.

You sat back and watched, doing nothing while our country was taken over by corporations and special interest groups, and our young men and women died in far–off lands for bullshit causes, and our jobs went overseas, and our courts became slow and ineffectual, and our children became illiterate, and our economy tanked, and our civil and human rights were trampled on and eradicated a little more each and every day. You couldn’t be bothered to get out of your chair and run out into the street and protest. You lost that radical spirit, the revolutionary idealism that this country was founded on, a birthright that was reborn and renewed with every generation, until after the Sixties, when instead of asking what they could do for their country, people began asking what they could do for themselves. You swallow your anti–depressants and turn the television up louder and go back to sleep, because you believe that you can’t make a difference by yourself.

While you were sitting there, I got out of my chair and went to work at the lab. My employee badge has a red stripe, indicating the highest clearance and full access. While you were doing nothing, I walked into the cryogenic storage facility, took two vials of a deadly, highly–communicable experimental virus, and released them into the world. While you are part of the problem, I am the solution.

I am a revolution of one.

While you were sleeping, I saved our country from the likes of you.

When this pandemic is over, perhaps there will be enough of us left to try again. Maybe the American Dream will live once more.