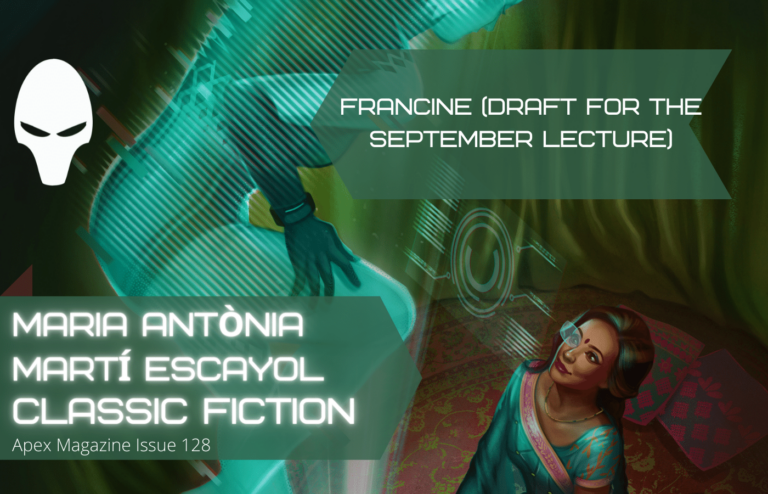 Francine (draft for the September lecture)

Translated by Sue Burke As a consequence of the scarlet fever, Francine’s skin became covered by a rash. In certain spots, her skin became scaly, swollen, and gangrenous. Six days into the illness, a finger began to putrefy, the little finger of the right hand. On that day, Descartes repeated incessantly: “Nothing that I think makes sense if I can do nothing when my daughter loses a finger.” Franciscus answered, “A finger is just a finger. Let us proceed.” And that is when it all began.
Read More
Support Apex Magazine on Patreon